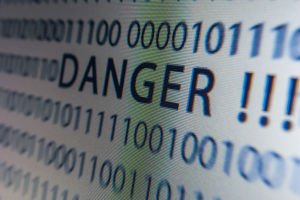 The Ugly Truth About Alcohol Poisoning

Over 2,200 people each year are lost to an alcohol-related death – not because they were involved in a car wreck – but because they over-consumed alcohol. Deaths due to alcohol poisoning are a growing concern and the fact that people die each and every day because of over-drinking is a reality.

Middle Age and Older Adults Are Most Impacted
The victims of excessive drinking are most often white, adult males between the ages of 35-64 years living in New England and the western U.S. Alcohol poisoning also affects young adults but a few years of age makes the difference in a person’s ability to cope with large amounts of alcohol. For middle age and older adults, alcohol consumption affects the body more rapidly than at a younger age.

A Sudden Stop
Alcohol is a depressant. That means it suppresses and slows down body functions. The slurred words, stumbling steps and blurry vision associated with alcohol consumption are signs that the body is impaired. If a person consumes too much alcohol things like heartbeat, breathing and body temperature regulation can slow down to a complete halt. It’s called alcohol poisoning and can be deadly.

We Can Help
If this sounds like you or someone you know, reaching out for help could save a life. Binge drinking can affect the body long term and it can lead to death. Talk to one of our mental health professionals at Family Guidance and start on the road to recovery before tragedy strikes.

April is a time of year when many adolescents get ready for high school milestones like prom and graduation. While these are naturally celebrated events, they are also known for their connection to underage drinking. For this and other reasons, the month of April has been designated by the National Council on Alcoholism and Drug Dependence, Inc., to be observed as NCADD Alcohol Awareness Month.

Each year alcohol related disorders impact over 18 million Americans, and many times, problematic alcohol use begins in youth. Some of this stems from alcohol abuse within the home or family unit. Figures from the NCADD show that up to a quarter of children residing in U.S. households has a relative living with the disease.

When compared to young adults who abstain from alcohol till they are at least 20-years-old, adolescents who drink before their fifteenth birthday face quadruple the risk of alcohol dependency. Youngsters are particularly vulnerable to alcohol abuse because of peer pressure and all of the emotions that go along with transitioning into adulthood. Poor coping skills, a family history of alcoholism, and feelings of anxiety or depression may all be reasons why teens turn to alcohol. The effects of underage drinking can be devastating – alcohol poisoning, deadly car accidents, date rape, and a habit of abuse are all potential negative consequences of teen alcohol use.

Dependency is then an issue that can haunt adolescents into adulthood. Some of the problems associated with the disease include:

The theme for the 27 annual observance of NCADD Alcohol Awareness Month is “Help for Today. Hope for Tomorrow.” The focus of this year’s efforts is directed toward prevention and elimination of stigma that often stands in the way of affected individuals and their recovery. For questions about alcoholism or local programs geared toward alcohol treatment, contact Family Guidance Center.

Alcohol is Leading Cause of Death Internationally 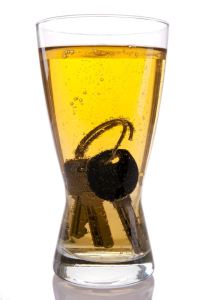 Health officials are increasingly more concerned about the dangers of alcohol-related injuries. Alcohol-attributed mortality is becoming a public health concern as the death toll creeps up across the globe.

According to a Medical News Today report, data collected by the World Health Organization (WHO) attributes 2.5 million worldwide deaths each year to alcohol related causes. Injuries attributed to alcohol consumption such as vehicular accidents, falls, accidental drownings, and poisonings represent 33 percent of the disease burden caused by the drug’s use.

Binge drinking is rampant in countries such as Mexico, Brazil, Russia, South Africa, and Ukraine. The negative effects of the drug have led some nations to ban alcohol marketing and sponsorship of sports and other events. Health problems connected with alcohol consumption include liver disease, epilepsy, and many forms of cancer. The WHO Report maintains that countries can do more – such as impose an alcohol tax similar to that instituted by the tobacco industry – to prevent related injuries, disease, and death.

Young adults are especially at risk of negative consequences. For men between the ages of 15 and 59, alcohol is the leading cause of death worldwide. Men are at higher risk of hazardous drinking behaviors than women, and the number of men engaging in heavy, weekly drinking episodes is four times that of women.

While some people have no problem drinking responsibly, others clearly struggle. The more alcohol a person consumes, the higher the chances of becoming dependent. WHO figures estimate that 11 percent of worldwide drinkers participate in consistent, heavy drinking. Some people are able to self-manage excessive alcohol use before it evolves into addiction, but others may need additional help. The Family Guidance Center has resources for treatment for alcohol dependence or addiction. Though the factors for alcoholism are multi-faceted, help from mental health professionals and treatment plans based on a person’s goals can alter the outcome. Contact the Family Guidance Center for more information about Addiction Treatment Services. 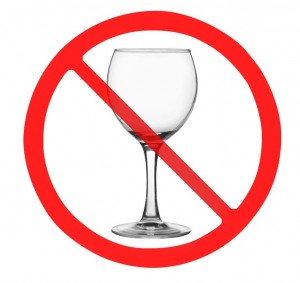