By Family Guidance CenterAugust 5, 2013No Comments 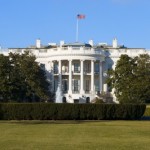 Last month, the White House held a conference on mental health to urge affected individuals to reach out for support.

The conference, which included 150 invitees, included diverse invitees such as Bradley Cooper and actress Glenn Close, each of whom have taken a public stand to increase awareness of mental health disorders. The reality that mental illness is not something to be embarrassed about was the resounding message from President Obama, and that more needs to be done to reduce stigma and increase resources for those needing assistance.

In the words of President Obama, there are too many people affected by mental illness, but because of stigma, they feel they have to live in the shadows — instead of addressing the symptoms openly and working with a mental health professional to create a treatment strategy for leading successful, productive lives.

According to Close, whose sister and nephew have been respectively diagnosed with bipolar disorder and schizoaffective disorder, stigma “has hardly budged.” Close said research indicates that many of the general public are opposed to having those with mental illness live next door to them, watch their children, or be their supervisor at work despite the fact that most individuals with mental illness can effectively manage their symptoms.

Part of the problem is that over the past several years, government spending for mental health programs has been dramatically reduced. However, with the introduction of Obamacare, affected individuals could be more likely to receive the care they need as a new provision makes it illegal for those living with mental illness to be denied coverage.