By Samantha MonroeJune 5, 2013No Comments

Home » What You Might Not Know About Your Kids 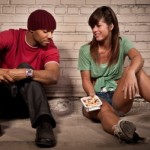