What Everyone Should Know About American Mental Health

By Family Guidance CenterNovember 15, 2013No Comments

Home » What Everyone Should Know About American Mental Health 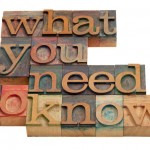 The term mental illness still has a negative connotation for many Americans. This is partially due to lack of education and understanding of what it means to be affected by a mental health condition. Still others have let television and the movies, which often focus on extremes, shape their opinions of mental illness.

Sadly, according to the Centers for Disease Control and Prevention (CDC), only little more than half of adults in this country feel that the public sympathizes with those living with mental illness. Those experiencing symptoms of a mental disorder also feel the disconnect, with three-quarters reporting that American adults don’t show concern for people affected by mental health conditions.

The paradox is that mental illness is fairly common in the United States, and its prevalence has been increasing over the last several decades. Part of the reason for the increase is advancements in identifying and treating the disease. Looking around, there are about 20 percent of adults that live with mental illness on any given day says SAMHSA, the Substance Abuse and Mental Health Services Administration. Per 2011 figures, severe mental illness affects up to 11.5 million Americans age 18 and older.

The most prevalent mental health conditions faced by Americans include disorders related to depression and anxiety. According to the National Health and Nutrition Examination Survey for 2005-2006, those between the ages of 40 and 59 were at twice the risk of depression as the rest of the population. CDC data also indicates that psychological stress and poverty go hand-in-hand. Yet, per 2007 figures, not even half of those reporting serious mental distress had sought treatment the year prior.

For years, Family Guidance has been working within the community to stamp out stigma related to mental illness. Stigma can serve as a barrier to keep those who need help from getting it, but many people who seek help lead very productive lives despite mental illness. Learn the truth about mental illness, visit familyguidance.org.