What Can be Done to Reduce Suicide Deaths?

By Family Guidance CenterMarch 11, 2014No Comments

Home » What Can be Done to Reduce Suicide Deaths? 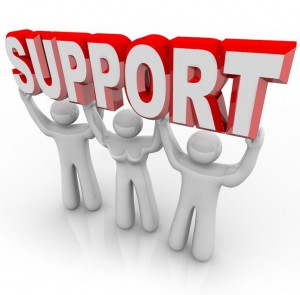 Suicide is a growing concern in the United States – so much so that in 2012, the Surgeon General partnered with the National Action Alliance for Suicide Prevention to set a plan to reduce suicide deaths by 20 percent over the course of the next five years. According to data from the Centers for Disease Control and Prevention, almost 37,000 Americans take their own lives each year. This makes suicide the leading cause of injury-type death, even surpassing loss resulting from vehicular crashes.

A new large-scale study conducted by the Henry Ford Health System in conjunction with the Mental Health Research Network recently revealed that more could be done to prevent suicide type deaths. The study, led by assistant scientist Brian K. Ahmedani, Ph.D. of the Henry Ford Health System, took a closer look at the medical records for 5,894 suicide deaths occurring over an eight state area from 2000 to 2010.

What Ahmedani and his team found was that in 83 percent of cases, people were seen for healthcare treatment in the year preceding their deaths. Yet, only 45 percent of these individuals were diagnosed with a mental health disorder. Only a quarter of those who sought treatment in the month before their death received a mental health diagnosis. The study also revealed that 20 percent of people paid a visit to a healthcare provider during the week before committing suicide.

Clearly, this gap represents a great opportunity to intercept individuals during their most vulnerable state and improve suicide prevention efforts. According to Dr. Ahmedani, more suicides could be prevented if a better training program existed to educate both primary care providers and specialists to identify those at greatest risk.

Figures indicate that women of retirement age were the ones most likely to seek help in the year preceding their deaths. However, researchers found that men were actually the ones at highest risk of taking their own lives. Additionally, of male-initiated suicides, 79 percent were of a violent nature such as gunshot wound or hanging, while the remaining portion were caused by non-violent means like poisonings.

All threats of suicide should be taken seriously. As data shows, many individuals experiencing suicidal thoughts or tendencies reach out to others before taking their own lives. If you or someone you know is contemplating suicide, contact Family Guidance Center for help. Do it today.