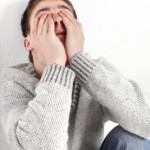 The teen years can be a tough time of transition. And while it’s common knowledge that adolescents are one of the age groups at highest risk of suicide, less discussed is that ten percent are also affected by an anxiety disorder (National Institute of Mental Health). A new study shows that the state of the economy could have a bearing on the development of teen anxiety and depression.

In 2011, as part of the National Health and Nutrition Examination Survey, researchers investigated the responses of over 7000 teens gathered between 2001 and 2010. The survey was taken in conjunction with the Centers for Disease Control and Prevention and encompassed both physical and mental health information as well as levels of physical activity.

After the year 2007, the mental health of teens from low and middle class upbringings began to deteriorate, coinciding with the economic downturn. After adjusting for several factors, researchers came to the conclusion that this decline was indeed related to the weakening economy.

Investigators notated that between the three years spanning from 2001 and 2004, 64 percent of survey respondents said they had very good or excellent health. However, in 2010, only 52 percent of adolescents could say the same. The number of days reported with no significant mental health issues also dropped considerably from 2006 to 2010, and lower income families displayed the steepest declines.

Investigators believe that adolescent anxiety was a factor of the poor job market and lack of teen employment opportunities. Study author, Dr. Matthew Zack advises that teens also were likely reacting to their own home situations. Zack and his team were surprised to find out that teens were affected by what was going on in the economy.