Take Some Time with Kids to Debunk Misunderstandings About Mental Illness

By Family Guidance CenterOctober 17, 2014No Comments 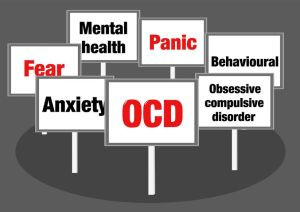 According to the nation’s Substance Abuse and Mental Health Services Administration (SAMHSA) 42.5 million adults in this country are living with some form of mental illness. Experts say that 61.1 percent of us will experience mental illness before age 21. Despite the fact that so many Americans are dealing with mental illness, the general public, and youth especially, know very little about these illnesses.

One of the first misconceptions many young people share is that mental illness often triggers violence. If they only hear about mental illness when there has been a nationally reported shooting rampage or suicide, it’s understandable that kids would develop a skewed perception. Meanwhile, the truth is that most people with mental illness do not experience any kind of violence.

Another common misperception is that mental illness is some kind of character flaw. Mental illness is not a sign of bad character. It doesn’t affect only one kind of person any more than illnesses like cancer or heart disease. It is a disease just as a physical disease that someone may be diagnosed with.

Once you start talking with your child or teenager, you may discover several other misunderstandings about who is affected by mental illness and how various illnesses affect people. If you don’t have the answer to your child’s questions, take the time to learn.

The staff at Family Guidance Center can direct you to correct information about various forms of mental illness and can explain how many types of illness are successfully treated. It is more than likely that your child or someone close to them will be affected by mental illness, so it’s wise to get the information out early and correctly in order to debunk the myths.