Could Your Teen Become the Next Victim of Bath Salts? 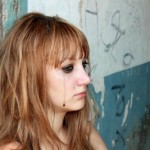 Dickie Sanders, a BMX rider, is just one of the many cases to be added to the long list of those negatively impacted by the use of bath salts. What would cause a 21-year-old who seemed to have his whole life ahead of him to suddenly turn and attempt to cut his own throat and later take his own life with a single gunshot? Dickie’s abrupt turn occurred about a week prior to his death when he consumed a substance shared by a friend known innocently as “bath salts”.

According to information compiled by the Louisiana Poison Control Center in conjunction with the Poison Control Center of Kentucky, symptoms of those on bath salts range from violent to the downright bizarre. A database of cases recorded from both states indicated delusions of monsters, demons, and aliens. One instance documented a patient who opened fire on a passerby outside of a residence; another abandoned her 2-year-old daughter on a highway because she thought she was possessed by demons.

According to  information found at PBS NewsHour, many bath salts contain a stimulant called methylenedioxypyrovalerone or MDPV. Experts say that ingesting the active ingredient is like consuming cocaine and amphetamine simultaneously, but tests show that MDPV is 10 times as potent as cocaine. Also, unlike other drugs whose symptoms usually subside within a few days, effects of bath salts have been known to persist for up to two weeks.

Aside from paranoia, hallucinations, and aggressive behavior, other common side effects of bath salts include high blood pressure, elevated heart rate, and seizures. It has been a constant battle to regulate bath salts as once one formulation is banned, a new one surfaces in a lab. Since potency levels and active ingredients vary, it has also been difficult for doctors to treat symptoms. Oftentimes the only thing that offers relief is strong antipsychotic drugs.

For many, bath salts are seemingly harmless because they can be purchased legally at some convenience stores.  They also have become popularized because they don’t typically show up on drug tests. But experts warn that bath salts are anything but safe – according to U.S. Poison Control Centers, calls for poisonings related to bath salts were numbered at over 400 last June alone.

Unfortunately, for young adults like Dickie Sanders, it’s too late. It’s critical that parents be informed of this dangerous new trend. In many cases, the symptoms of drug use like bath salts can also contribute to chronic and serious depression, or may occur simultaneously with a mental illness like anxiety disorder. Contact Family Guidance Center for more information about recognizing symptoms of mental illness, and how to take steps toward an assessment. Mental health professionals at Family Guidance Center can also provide information about referrals to other community resources that can help.

Alcohol-use disorders affect over 18 million people living across the country. But the effects of alcohol are even broader still – children, spouses, other loved ones, and friends also carry the burden of alcoholism. It is estimated that a quarter of all American children have resided in households where one or more family members had an alcohol problem.

According to a report revealed on NCADD’s website, the Centers for Disease Control and Prevention estimates that alcohol abuse costs the U.S. economy somewhere in the neighborhood of $223.5 billion each year. The price associated with alcohol abuse comes in the form of lost productivity at work, increased healthcare costs, extra burdens on the legal and criminal justice systems, and vehicular accidents stemming from intoxication.

This year marks the 27th anniversary that the National Council on Alcoholism and Drug Dependence, Inc. (NCADD) has sponsored Alcohol Awareness Month. Since 1987, every April the organization calls awareness to the issue in the hopes of educating the public regarding the dangers of alcohol and reducing stigma that frequently stands in the way of people getting help.

This year’s theme is entitled “Help for Today. Hope for Tomorrow,” and highlights the importance of early prevention and treatment efforts. Data shows that adolescent alcohol use which precedes the age of 15 quadruples a person’s risk of developing an adult-onset alcohol addiction as compared to those who didn’t start consuming alcohol until at least the age of 20.

Children with poor support networks or those with depression or anxiety are at higher risk of alcohol abuse. So are kids who experience trouble in school or who have family members who abuse alcohol. Studies show that children do care what their parents think about underage drinking and that parental involvement and education are key to decreasing levels of alcohol consumption.

Alcohol use is tied to higher instances of crime, divorce, car accidents, and domestic abuse. If you or someone you love needs help coping with alcoholism, the Family Guidance Center can help you take those first critical steps toward sobriety and living a happier, healthier life. 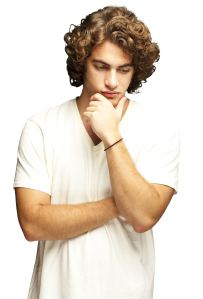 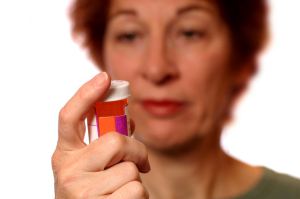 Alcoholism is a Family Disease 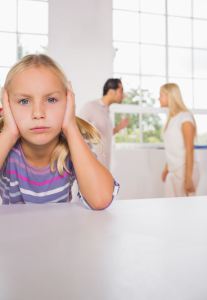 Parents with issues of alcoholism don’t cope with the disease alone. Alcoholism is a condition that impacts every member of the family from spouses to children. Children are especially vulnerable as they may feel partially responsible for alcohol-related problems, failing to comprehend the complications related to addiction.

According to a Livestrong article, children whose parents are affected by alcoholism have healthcare costs that are nearly a third higher than children of non-alcoholic parents. The risk of child abuse and childhood mental and physical health problems also rises when children have one or more parent living with alcoholism.

Expectant mothers are warned of the dangers of drinking during gestation as it can lead to fetal alcohol syndrome, developmental abnormalities, and termination of the pregnancy. Prenatal alcohol consumption has also been tied to the onset of learning disabilities.

Alcohol related difficulties often weigh heavily on families. According to ProjectKnow.com, the development of poor self-esteem, shame, guilt, fear, or depression in children could stem from parental levels of alcohol abuse. Kids may even struggle in school or have trouble forming relationships because of such problems at home. These children may feel that they are somehow to blame for household arguments and are forced to grow up much more quickly than normal. Worse, they may repeat the cycle and live with addiction themselves as adults.

In fact, figures from the National Clearinghouse for Alcohol and Drug Information (NCADI) shows that children of alcoholics are at quadruple the risk of other children of having problematic drinking patterns. They are also more likely to marry others whose families have histories of alcoholism. Additional complications from alcohol can result in broken communication, divorce and even violence.