By Samantha MonroeSeptember 22, 2015No Comments

The Numbers and Warning Signs for Suicide in the United States 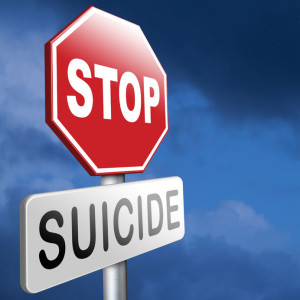 Suicide is a serious problem all around the globe. There are 800,000 suicides worldwide every year (World Health Organization). Worldwide it is the number two cause of death among 15-29 year olds. But what about right here in the United States? What do the numbers show us and who is most at risk?

The Numbers Here at Home

According to the National Alliance on Mental Illness (NAMI), suicide is the number three cause of death for U.S. adolescents and the number 10 cause of death for U.S. adults. The U.S. Centers for Disease Control and Prevention (CDC) publishes figures which give even greater insight into this problem. According to 2013 numbers published by the CDC, there were 41,149 deaths by suicide that year. 2013 is the most recent year for which these numbers are currently available. The CDC also breaks risk down according to age, sex and ethnicity.

By Sex and Ethnicity

In this country, men are four times more likely to take their own life than are women. White males accounted for a staggering 70 percent of all suicides in 2013. While suicide is a serious concern for all ages, races and genders, white men seem particularly at risk.

It is important to know the warning signs that can alert you to the risk of suicide in someone near you: talk about suicide, aggressiveness, increased substance use, self-isolation, recklessness, and severe mood swings (when their mood suddenly calms it can be a sign of imminent danger).

Should you be concerned about the risk of suicide in someone you love or feel that you may be at risk yourself – reach out and ask for help. You can call the suicide prevention hotline at 1-800-TALK (8255) any time day or night. You can also ask to talk with someone here at Family Guidance Center. If you sense danger, don’t hesitate to get help.