Suicide Rates Are on the Rise

By Family Guidance CenterFebruary 17, 2015No Comments

Home » Suicide Rates Are on the Rise

If you feel like suicide has become more prevalent in recent years, you are not mistaken. As recently as 2012 there were 400,000 deaths from 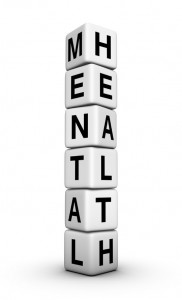 Who is at Risk?
The elderly (those over age 75) were once considered the most at-risk category for suicide. Health problems, the loss of loved ones and increasing isolation contributed to depression which is a leading factor in suicide. Today, however, it is men of middle age (45-54) who face the greatest suicide risk. In 2012, 20 out of 100,000 suicides were committed by middle-aged men.

Risky Conditions
Things other than age contribute to suicide risk. A tough economy or dire social condition also affects the suicide rate. Consider that today we experience 13 in 100,000 cases of suicide. During the Great Depression 19 out of 100,000 took their own lives. An uptick in suicide attempts has been seen even during our latest recession.

Gender also plays a role. Women make more attempts at suicide but four times as many men succeed.
What Can You Do?
There is no single answer to the rising problem of suicide, yet you can make a difference in the lives of those you love. Don’t assume that those around you are navigating fine on their own through tough times. Ask questions and then really listen to what they are saying. Don’t hesitate to suggest that they seek out help if they seem to be struggling. Suicide is the ultimate expression of lost hope. Reducing suicide requires restoring hope. That’s what we do at Family Guidance – show the hopeless that hope still exists.