By Family Guidance CenterOctober 7, 2014No Comments 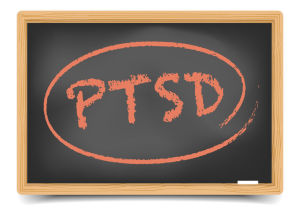 Many people have turned to overeating to cope with stress at some point. But when the stress is chronic, sometimes the eating to cope is too. New post traumatic stress disorder (PTSD) research finds that women with the condition may face an increased risk for concurrent food addiction.

The PTSD Study
Prior research has demonstrated a possible link between PTSD and food addiction. The new study questioned more than 49,000 women nurses to find out if having PTSD or even a few symptoms of the anxiety disorder could trigger a dependence on food.

Discovering PTSD
The women were first asked about possible traumas like miscarriages, early abuse or a loved one’s violent death. Next they were asked if they’d ever experienced any PTSD symptoms. Examples of symptoms include disinterest in formerly enjoyable activities or feeling disconnected from the people around you. A person would need to exhibit four recognized symptoms in order to be diagnosed with PTSD.

Discovering Food Addiction
In addition to questions about PTSD the women were also asked questions designed to uncover whether or not food was being used as a coping mechanism. Study participants were asked if they’d engaged in eating that wasn’t related to hunger, if they’d had physical reactions when they ate less of certain foods or if they’d felt tired due to overeating. These are just a few examples. Food addiction would be identified by a report of at least three symptoms.

If you are a woman with an unhealthy relationship to food, there could be several causes including possible PTSD. The good news is that help is available. Contact Family Guidance and learn how they can help you begin on the road to recovery.