By Family Guidance CenterOctober 11, 2013No Comments

Attention-Deficit Hyperactivity Disorder or ADHD is still a disorder that some people know very little about. It is this lack of knowledge that perpetuates stigma and false perceptions of the illness. ADHD is
highly treatable and manageable and does not have to dictate the course of a person’s future.

During the month of October, many groups have banded together to help educate the public regarding the condition and how treatment can prove beneficial for both children and adults with the diagnosis. It is estimated that millions of people – young and old alike – feel the effects of ADHD every day. Chances are, most people even personally know of someone who is affected. 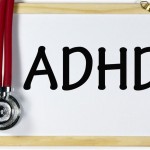 ADHD has nothing to do with bad parenting. Those with ADHD are also no less mentally apt than anyone else. However, because of lack of education, these sorts of rumors persist. ADHD
Awareness Month is all about helping others to understand what ADHD is and what it is not. As people learn the truth about the disorder, affected individuals can be properly diagnosed and receive the treatment that they deserve.

Researchers have recently uncovered some interesting findings when it comes to the treatment of ADHD among children. One study of 2,500 children, for example, showed that kids with the disorder benefited greatly simply by getting more exercise and walking to school. In fact, 80 percent of participants reported feeling less anxious after their morning walk, and the same group also
experienced feeling an improved overall level of health. An added benefit is that these same children advised they were also able to pay closer attention in class.

Sharing these kind of findings is exactly what ADHD Awareness Month is all about. For many years now, Family Guidance Center has been working within the community to dispel stigma and help individuals living with various mental health disorders, including ADHD. To learn more, visit https://fgcnow.org/.