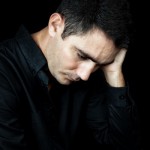 For the person living with addiction, there are many factors that can complicate the success of recovery. Addiction can lead to risky decision making and impulsivity that might not occur otherwise. A person living with addiction may engage in precarious sexual encounters, overspending or compulsive gambling, compulsive overeating or other behaviors that can create feelings of hopelessness or lead to depression.

Abstinence from an addictive substance is often challenged by underlying mental, emotional, and social elements. Guibin Wang of China’s National Institute on Drug Dependence located at Peking University sought to get a better understanding of the process that occurs during abstinence in the hopes of developing more effective drug treatment plans and minimizing the occurrence of relapse.

Wang studied 183 individuals receiving treatment at a particular recovery facility. He evaluated drug cravings and symptoms of depression, anxiety, and impulsivity. Participants had been sober anywhere from about a week to more than a year.

The findings indicated that the longer participants were drug-free, the lower their level of impulsivity and the better their decision making skills became. Wang also found that longer periods of abstinence were associated with fewer instances of depression and anxiety.

And though general cravings diminished over time, Wang found that the first three months were critical to the recovery process as individuals actually experienced increased cue-based cravings during this period. The implication for clinicians is to be particularly vigilant during the initial phase of recovery and take additional steps to help minimize stress and regulate emotions during those first critical months of sobriety.

For over 100 years, Family Guidance Center has been aiding individuals and their families in breaking the cycle of addiction. Family Guidance Center also has programs for adults who are working through depression and other common types of chronic mental illness. Treatment is offered on both an inpatient and outpatient basis and focuses on learning positive ways to manage substance abuse triggers. Recovery can, and does, happen. Contact Family Guidance Center for more information.

addiction addiction recovery addiction treatment services anxiety breaking the cycle of addiction depression drug addiction drug recovery effective drug treatment plan Family Guidance Center living with addiction managing substance abuse triggers substance abuse
This entry was posted on Monday, August 26th, 2013 at 11:00 am and is filed under Drug Addiction. You can follow any responses to this entry through the RSS 2.0 feed. Both comments and pings are currently closed.