Many Children Don’t Grow Out of ADHD

Home » Many Children Don’t Grow Out of ADHD 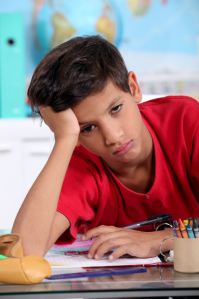 Attention Deficit Hyperactivity Disorder is said to be the most commonly diagnosed mental disorder in children. But what happens to these children as they get older? Researchers at the Boston Children’s Hospital studied a large group of children with the disorder as they transitioned into adulthood to find out the answer. According to a PsychCentral report, investigators evaluated the medical records of more than 5,700 children from Rochester, Minnesota who were born between the years of 1976 and 1982. Of this group, 367 had ADHD, and 232 agreed to take part in the follow-up research. Approximately 75 percent of the group had been administered treatment during childhood.

The follow up study revealed some sobering statistics. Just under a third still had persistent symptoms of ADHD. As adults, a majority of the children (57 percent) were shown to be diagnosed with an additional mental disorder such as dependency, antisocial personality disorder, anxiety, or depression along with their ADHD. For those who carried their ADHD into adulthood, that figure jumped to 81 percent.

The study points to the fact that more needs to be done to advance ongoing treatment options for children with ADHD as they become adults. ADHD currently impacts nearly 7 percent of children with boys at three times the risk as girls.

Unhealthy coping mechanisms developed in childhood are carried on into the later years, and ADHD is often not something that kids “outgrow.” To minimize negative outcomes, the researchers recommend that parents of ADHD children seek high-quality treatment and advise that children continue to receive treatment throughout adolescence.