Increasing Number of Young Women Being Diagnosed with ADHD 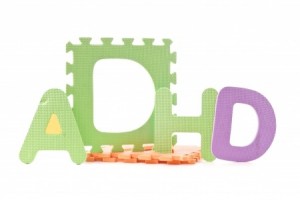 One way to know that a certain condition has become more prevalent is to track the number of prescriptions written to treat the illness. It probably wouldn’t surprise many to learn that prescriptions for attention deficit hyperactivity disorder (ADHD) medications have skyrocketed in recent years.

Most medical doctors and mental health specialists agree that around five percent of the childhood population is affected by ADHD. A new report now shows that the greatest jump has been occurring in the number of prescriptions written for young women between the ages of 19-34 years. The disorder does affect adults, but it is an illness which starts in childhood and most people are diagnosed with the condition while they are still in grade school.

At those early ages, boys are at least twice as likely to be diagnosed with ADHD compared to girls. This creates a curiosity given the surge in female diagnoses/prescriptions which are being handed out at later ages now. Some are wondering if the disparity might signal that young girls with ADHD may not be being identified earlier in the course of the illness.

Lately girls aged 19-25 are being prescribed medications like Adderall, Ritalin, Vyvanse and Concerta at a rate that is 27 percent above that of young girls four to 18 years old.

Apart from the years of unnecessary struggle, the sad part of missing a childhood diagnosis is that as a woman grows up and is expected to take on greater responsibility, the effects of the illness can create tougher and tougher challenges for her.

If you are a young woman who was never diagnosed with ADHD as a child but who is finding it beyond difficult to stay organized, complete tasks and meet your many responsibilities, you may want to consider an assessment. The experienced mental health professionals at Family Guidance can provide one, even as a walk-in. Call us today.

ADHD Attention Deficit Hyperactivity Disorder Family Guidance Center
This entry was posted on Tuesday, July 22nd, 2014 at 10:00 am and is filed under ADHD. You can follow any responses to this entry through the RSS 2.0 feed. Both comments and pings are currently closed.