By Samantha MonroeDecember 31, 2013No Comments

Home » Improving Mental Healthcare Access, One Step at a Time 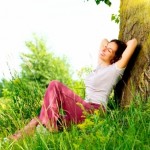