How to Identify Mental Health Concerns in the Elderly

By Family Guidance CenterOctober 29, 2013No Comments

Home » How to Identify Mental Health Concerns in the Elderly 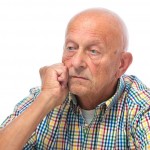 Mental illness affects individuals of all ages, including the elderly. While it may come as no surprise that dementia stemming from Alzheimer’s disease is the most prevalent form of mental illness in the aging population, what might be unexpected is that many older individuals also experience a number of mood disorders and depression.

According to the Centers for Disease Control and Prevention (CDC), as many as one in five adults in their mid-fifties report a mental illness of some type. However, almost a third of this population does not get the needed help.

One factor inhibiting the elderly from getting treatment is that they are less apt to report psychological symptoms than they are physical health concerns. But poor physical health can also take a toll on mental health. For instance, feeling physically unwell can increase one’s risk for developing symptoms of depression.

According to the Geriatric Mental Health Foundation, there are several factors that could compromise an elderly person’s mental health:

•           Taking medications that interfere with one another

It’s important to learn the facts about senior mental health. Oftentimes mental illness is confused with the natural process of aging. But depressive symptoms that persist beyond two weeks or a sudden loss of concern for things once important could be red flags of something more serious. Other factors to lookout for include thoughts or talk of suicide or worthlessness, changes in appearance, housekeeping, or grounds maintenance, lack of energy with no explanation, altered sleep patterns, and withdrawal from the outside world.

Armed with knowledge, caregivers and family members can stay vigilant of changes in aging loved ones so that they can get support in the event of a problem. If you suspect something out of the ordinary, contact Family Guidance Center.