Depression is More Common Than You Think

By Family Guidance CenterFebruary 13, 2015No Comments

Home » Depression is More Common Than You Think

The sad deaths of several high-profile personalities in 2014 turned a spotlight onto an illness that is affecting more people today – depression. From Hollywood elites to elite college athletes the mental health condition was shown to be one that supersedes every conceivable barrier.

In fact, in 2012 16,000,000 (or 6.9 percent) American adults experienced at least a single episode of major depression. At any one time, depression affects the lives of nearly 10 percent of our adult population. It affects children, young people, seniors, men and women, rich and 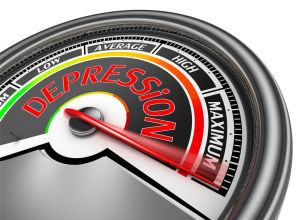 poor, the well-educated and those facing educational challenges.

Studies show that major depression is experienced by:

Unfortunately, although depression is experienced by so many, only half (50 percent) of those affected will get needed treatment. This could be because treatment is not readily available, because of perceived stigma or because the symptoms go unrecognized until it is too late.

Symptoms of depression include at least two or three of the following:

While it is true that women face a 70 percent greater likelihood of depression compared to men, it isn’t clear why this is so. Some suggest that it may be that women are simply more apt to seek treatment

At Family Guidance we have mental health professionals able to address symptoms of major depression whether you are young, old, rich, poor, male or female. Don’t ignore your symptoms. Get help and start on the road to recovery.