When someone you love is depressed, it sometimes feels as though no matter what you do, it 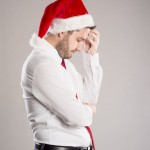 can’t help. This struggle is part of what makes depression such a difficult disease. As much as the person with depression may seem like they are shutting you out or pushing you away, the truth is – they need your support. And they may need it most of all during the holidays when they feel so out of step with the rest of the world.

It isn’t that you can’t talk with your friend or loved one, there are just some things to keep in mind which can help you communicate the love and care that you feel.

1. Even though the season is hectic, make time to just be there.
Holding hands or making time to sit with the person communicates love. If you want to say something, try statements like “I always love you” or “You are an important person in my life”. True statements about your positive feelings are comforting.

2. Words are so powerful.
Avoid critical statements or words that tell the person how to feel better. You may think you know just what will get them over the hump, but instead of telling them what you think, ask them “What can I do for you?”

3. Small things mean a lot.
Make time for face-to-face visits, but supplement those times with little reminders that you are thinking of them. Stay in contact with cards, text messages and emails. Bring them a meal. Stop by just to say hello.

4. Try not to minimize what they are feeling.
Depression is not just in their head. They aren’t just being overly-sensitive. They wish that they could re-focus onto others, but depression is a disease with symptoms. Listen to them, affirm your love for them and let them know that no matter how long it takes to get past this, you are for them and with them.

For more ideas on how to help your loved one, talk with the professionals at Family Guidance Center. They are available all through the year as your loved one manages the symptoms of living with depression.

Obesity and Depression: What’s the Connection? 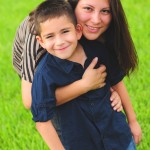 America is a nation known for its growing rate of obesity. According to the Centers for Disease Control and Prevention, currently more than one-third of the population is affected by the condition, which also wreaks havoc on many other areas of a person’s physical health. Additionally, research shows that obesity is linked to the mental illness of depression.

The association between depression and obesity is best summed up by the chicken and egg syndrome – it’s unknown exactly which originates first, but it is known that both are connected. While the exact nature of the relationship between the illnesses is unknown, there is no question that the two are intertwined.

A study of young adults in Cincinnati, Ohio revealed that those diagnosed with depressive symptoms were at greater risk of confronting obesity within the following 12 months. One explanation for the connection could be that depression leads people to seek comfort in food, become less active, and decrease physical activity. A deficiency in serotonin levels has also been shown to be a common denominator in individuals living with both depression and obesity.

On the other hand, those with excessive body mass indexes may find themselves developing symptoms of depression at a rate 25 percent greater than that of the general population. Obesity has been associated with other chronic health issues including high blood pressure and diabetes, which also have a long history with depression. It’s not surprising that obesity has heavy ties with depression as being overweight can take a toll on a person’s self-esteem and intrinsic worth. People may sequester themselves because of poor body image or the negative reaction of others toward their weight.

Experts believe that confronting the connections and symptoms related to depression and obesity requires a team approach. Symptoms of depression may be relieved with a combination of professional assessment, therapy and medications, while proper diet and exercise can improve a person’s risk of obesity. However, the assessment and diagnosis of any underlying mental health problems like anxiety disorder or mood disorders is an essential first step. Adhering to a medicine schedule and making other small changes toward a higher quality of life are more successful when mental health symptoms are reviewed with a professional. Some medications for depression and mental health problems can contribute to obesity as a side effect, but there are ways to manage this as well.

Volunteering Lowers the Chance of Depression and Lengthens Life

Scientific research has proven the adage, “it is better to give than to receive” to be remarkably true. For starters, early death rates are lower by as much as 22 percent among people who regularly serve the needs of others compared to those who don’t get involved. 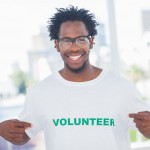 Numerous studies have shown that people who gave sacrificially in order to help others reaped great benefits. Those who scheduled time to volunteer once per month or more reported a heightened sense of well-being and personal satisfaction.

Making things better for others, makes the person feel better themselves. Giving your time to do good for someone else also lowered instances of depression. In other words, the people who gave up some personal time and effort experienced feeling happier and living longer.

Serving makes us happier and a happier outlook is linked to a longer life. It takes more than writing a check to reap the rewards, but for those who were willing to roll up their sleeves and make some sweat investment – the pluses were remarkable.

One reason serving others may be so beneficial is the platform it provides for socializing. Just getting out and being with others has a tremendously powerful health benefit. By contrast, loneliness has been linked to higher risks for heart attack, high blood pressure and even dementia.

So whether it’s serving at the city soup kitchen, volunteering to read to children after school or working with Habitat for Humanity – just getting out the door to bless others is good for you. If you are struggling with depression, there are several therapies which might be helpful for you.

Come talk to the mental health professionals at The Family Guidance Center to learn how to take control of your physical and emotional health. 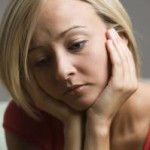 Depression is an illness that can be very isolating. A depressed person may not even realize why they are depressed or understand that there is an underlying biological cause for feeling melancholy. Family and friends can play an important role in helping to support their loved one through the process of confronting and treating depression.

When a person is experiencing depression, they may become confrontational and offering support can be difficult. However, during a time of crisis, family members and friends are often the most influential people in the affected person’s life and can have a tremendous impact, despite efforts to push them away. During this time, empathy, patience and persistence go a long way toward encouraging recovery.

The following are some do’s and don’ts when it comes to familial involvement in depression:

With depression it’s important to take one day at a time. Everyone appreciates some periods of being alone. And while it’s important to respect a depressed individual’s space, experts say it is better to err on the side of caution when it comes to involvement even if it seems efforts are futile. 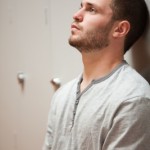 Depression affects individuals in every profession and walk of life, including the military. As part of the 2012 National Defense Authorization Act, all soldiers deploying or coming home after being displaced have to be screened for depression. Depression can be easy to overlook as everyone has periods of being down, especially when being separated from family.

Per an Army resource, 67 percent of those with depression don’t get the help they need. For that reason, the Army has designated the month of October as National Depression Awareness Month. During this time, free mental health screenings are available and the focus shifts to educating soldiers and their families regarding the signs of depression.

Depression symptoms persist for an extended period of time and can include feelings of hopelessness, sadness, anxiety, negative thoughts, lack of concentration, disrupted sleep patterns, and the use of drugs and alcohol to help self-medicate. Screenings offered by the government can help affected individuals identify when there is a problem and determine the proper course of treatment. The Department of Defense and the Department of Veterans Affairs are sources for screenings as are local community health agencies.

Clinical depression is not to be taken lightly. Left unchecked, the condition can result in suicidal thoughts or acts. But if there’s one message that Major General Gregg Potter had for his soldiers, it’s that getting help is not a sign of weakness, but rather strength.

Major General Potter served as commanding general for the U.S. Army Intelligence Center of Excellence and Fort Huachuca. He was a keynote speaker at last year’s Stand Down Day for Suicide Prevention held at Fort Huachuca, Arizona. His advice was to reach out and try and talk with those who might be acting differently in an effort to get them the help they need.

Depression is highly treatable. If you know someone who is living with depression, contact Family Guidance Center to learn more about help in your area.