Borderline Personality Disorder and Bipolar Disorder: Similar Yet Not the Same

By Samantha MonroeSeptember 1, 2015No Comments

Home » Borderline Personality Disorder and Bipolar Disorder: Similar Yet Not the Same

Understanding What Separates Bipolar Disorder From a Personality Disorder 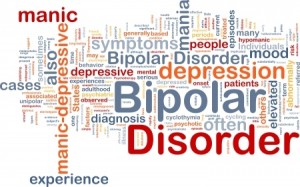 Sometimes two things can look quite similar when, in fact, they are quite distinct. In the case of mental illness, some conditions share enough symptoms that one may easily be mistaken for another without enough data to inform the diagnosis. Bipolar disorder is often misdiagnosed as depression since it is the depressive symptoms which usually attract attention. But even once the variances of mood are taken into account, bipolar disorder can also be mistaken for another condition with shifting emotions. Bipolar disorder and borderline personality disorder may seem similar, yet they are not the same.

Like borderline personality disorder, bipolar disorder is recognized by the extreme mood swings it produces. However, there are important points of differentiation in those mood swings. In bipolar disorder, the mood swings are typically uncaused by any outside circumstance. Emotions tend to swing from very high to very low. The high, or mania, brings euphoric feelings of greatness, energy and ability. At the opposite pole are long stretches of depression characterized by lack of energy, no motivation and feelings to near-total incapacity. These swings are often interrupted by significant breaks during which the person experiences moderate emotion and behavior.

The person with borderline personality disorder has trouble keeping emotions under control. But unlike bipolar disorder in which mood shifts occur inexplicably, the person with BPD usually experiences emotional flares as the result of a relationship trigger. The person with BPD may regularly have bouts of anger, not just during certain phases of their illness. BPD is further characterized by a fear of being abandoned which creates an unhappy cycle since unsteady emotions often hurt relationships.

At Family Guidance Center we have experience helping people with illnesses where symptoms overlap. We realize how much conditions such as BPD and bipolar disorder interfere with daily living – and we can help. Contact us today.