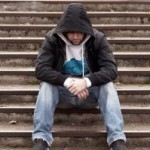 Attention deficit hyperactivity disorder (ADHD) is a diagnosis that commonly associated with children. This is primarily due to the fact that more children are diagnosed than adults. But just because adults don’t receive a formal diagnosis as often, doesn’t mean they aren’t living with the complex and challenging symptoms.

According to a Psych Central article, as many five percent of adults may have the condition and not even know it. This could be because ADHD symptoms are easily confused with other mental health problems such anxiety, bipolar disorder, and depression. Also, not everyone displays the same symptoms, and over time, many have simply learned to cope because they have never known anything different.

However, a growing body of evidence suggests that untreated adult ADHD may lead to higher instances of substance abuse. This topic was the subject of research published by Oxford University Press. While the investigative report mainly highlighted the connection that ADHD has with smoking and consuming alcohol, it has been shown that having the disorder elevates one’s risk for stimulant drug abuse as well.

One report indicated that over the course of the past year, adults suffering from ADHD had abused alcohol or drugs at a rate triple that of the normal adult population. The primary explanation for this is that people living with ADHD may self-medicate to manage the stress, restlessness or anxiety that often accompanies the condition. Like prescription medications that are used to treat symptoms of ADHD, cocaine and other stimulants serve to subdue the negative side effects that often go hand-in-hand with the condition. Alcohol also has a similar calming effect.

Many adults don’t get the help they need because they either don’t know they have the disorder or have never been informed of available treatment options. Alone, the cycle of addiction can be difficult to break – stimulant drugs, whether legal or illegal, may bring short-term relief from symptoms, which further encourages abuse. However, with professional help, ADHD is treatable and manageable for a return to quality of life. Mental health professionals at Family Guidance Center can provide information on diagnosis and treatment; to find out more about, contact us today.