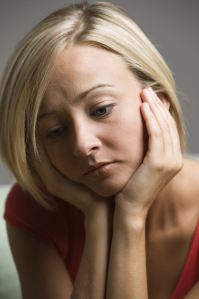 Research shows that biological differences may make women more susceptible to the effects of alcohol. For this reason, the U.S. Department of Health and Human Services defines moderate drinking in women as one drink daily but can include up to two alcoholic beverages for men in a 24 hour cycle.

A Huffington Post article underscores women’s vulnerability to alcohol. Susan Foster, VP and Director of Policy Research and Analysis for CASAColumbia, states that when consuming similar amounts of alcohol as men, women experience higher instances of health problems and greater risk of addiction. Women also tend to be hospitalized more for alcohol use than men because of higher body fat compositions, which aid in alcohol retention in the bloodstream.

A German study sought to further explore the gender-based effects of alcohol’s toxicity. Researchers from the Institute of Epidemiology and Social Medicine at University Medicine Greifswald, Germany examined 149 men and women who met the criteria for alcoholism outlined in the Diagnostic and Statistical Manual of Health (DSM).

During the follow-up research, dependent women were shown to be at a particularly greater risk for alcohol-related mortality. Fourteen years after the study elapsed, researchers discovered that 18 percent of men with alcoholism had died from the condition as opposed to 23 percent of women.

Oftentimes, there are underlying issues that contribute to dependency amongst women. Signs of problematic alcohol use include multiple failed attempts to stop drinking or cut back despite a desire to do so, and consuming in excess. With assistance from the Family Guidance Center, alcohol doesn’t have to dictate the course of one’s life. With a treatment strategy that’s customized and led by the inidividual’s goals,  those living with addiction can be free to experience long, healthy, and satisfying lives.