Close to One-Third of Americans Have an Alcohol Abuse History 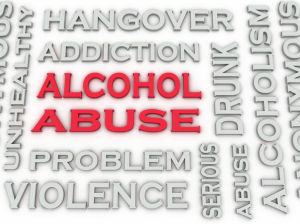 The Journal of the American Medical Association (JAMA) has published a new report which shows that nearly 30 percent of Americans have had an alcohol abuse problem at some point during their lifetime. The report also highlighted that barely 20 percent of those who abuse alcohol ever look for help.

The new statistics are based on the National Epidemiological Survey on Alcohol and Related Conditions. That survey included 36,000 interviews conducted between 2012-2013. The survey revealed that young singles are most affected by alcohol use disorder with 37 percent of those 18-29 and 34 percent of those 30-44 qualifying for the diagnosis. In keeping with prior research, men were more often affected than women.

One reason for the new figure may have to do with changes the American Psychiatric Association (APA) made to the latest edition of its Diagnostic and Statistical Manual of Mental Health (DSM-V). In that edition the APA redefined the way alcohol abuse is diagnosed and labeled. The new DSM-V no longer makes a distinction between alcohol abuse and alcohol dependency but combines the two under one title with 11 diagnostic criteria. Patients with two or more symptoms would qualify for the alcohol use disorder diagnosis.

Why do so few of those affected by alcohol misuse ask for help? It could be that there is still some stigma attached to the idea of alcohol abuse. It may also be that there is often another co-occurring mental health condition which prevents them from thinking clearly about the possibility of help. If someone you love is having a problem with alcohol, please contact us at Family Guidance Center. Help is available.

alcohol abuse alcohol awareness alcohol dependency Family Guidance Center
This entry was posted on Friday, July 10th, 2015 at 10:00 am and is filed under Alcohol Dependency. You can follow any responses to this entry through the RSS 2.0 feed. Both comments and pings are currently closed.