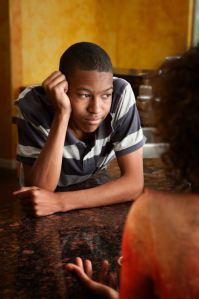 Attention Deficit Hyperactivity Disorder (ADHD) is a condition that impacts a person’s ability to hone his or her attention, but it is also characterized by impulsivity and excess energy. Data shows that up to seven percent of kids in school struggle with ADHD, an issue that could lead to problems functioning as an adult.

According to a recent article outlined at WebMD, about two of every five kids diagnosed with ADHD will experience lingering symptoms of the disorder, which will persist into adulthood. This data comes from research conducted by the organization CHADD – Children and Adults with Attention-Deficit/Hyperactivity Disorder.

Adults who initially experienced ADHD as teens oftentimes experience disruptions to both emotional and bodily health, have trouble maintaining employment, and struggle to manage money. David W. Brook, MD who is employed by the New York University School of Medicine as a psychiatry professor says that childhood ADHD can persist into adulthood and hinder one’s ability to keep steady employment, balance the responsibilities of parenthood, and cope with the general stresses of everyday life.

Dr. Brook and his team began a study in 1975 to determine the long-term impact of ADHD into the teen years and beyond. They examined adolescents between 14 and 16 years of age and these same teens were later re-evaluated when they turned 37. A total of 551 people completed the study.

Researchers discovered that, when compared to individuals who did not have ADHD in their youth, the study group was about twice as likely to have physical and mental ailments and problems at work. They also had triple the risk of experiencing financial struggles and were more than five times as likely to have antisocial personality disorder.

Study results suggest that early diagnosis and treatment of ADHD is important for minimizing negative effects into adult life. CHADD’s CEO, Dr. Ruth Hughes, adds that early intervention can prevent the development of poor coping mechanisms. Mental health professionals at the Family Guidance Center can aid in diagnosis and treatment of ADHD. With proper treatment, these adolescents can often lead very normal and healthy lives. Contact the Family Guidance Center for information about programs and resources available in your area.