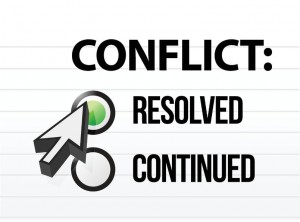 The family of origin is a powerful place of influence. If the family unit is a positive and healthy example, then members will work hard to emulate the dynamics modeled for them. If, on the other hand, anger is a common part of family interactions, members may need to consciously work to learn more positive ways of relating. Anger management is a skill and it can be learned.

It may be helpful to note that while anger is a serious problem, it is not an unusual relationship problem. Many marriages and families struggle with one or more individuals who don’t know how to modulate their angry feelings. The hopeful news is that it’s possible to learn coping skills when you struggle with anger management. The real danger is not experiencing trouble with anger, but in assuming that it is an unchangeable character trait.

If these describe you, you may feel embarrassed or ashamed and therefore hesitate to reach out and ask for help. But reaching out for help to learn coping skills is important. Even if you come from an angry family it isn’t too late to break the cycle and learn healthy anger management skills.

At Family Guidance we can help you to develop new ways of responding and relating that keep anger in check and family relationships intact. Call us today and find out how we can help.

Two years ago the NCAA was dealing with a lot of negative publicity surrounding concussions sustained by their student athletes. At the time, many former players joined together to bring a lawsuit against the college sports organization. To deal with the controversy, the NCAA brought on neurologist Brian Hainline to serve as the organization’s chief medical officer.

The recent apparent suicide by an Ohio State football player has re-ignited discussion not only about the potential dangers of concussions, 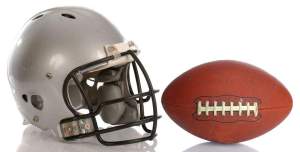 but also the availability of mental health services to elite athletes.

When Kosta Karageorge went missing, the school joined his family in making public appeals for help in finding the senior football player. When his body was discovered in a dumpster along with a phone that contained text messages referring to concussions, many began to openly question the possible link between injury and depression.

The idea that college level athletes are somehow immune to these mental health conditions may be finally being put to rest. While numerous studies have shown that student athletes experience fewer mental health problems compared to the general population, that does not mean they are immune to mental health struggles. And whether or not injuries like concussions may actually contribute to conditions such as depression is a subject needing further investigation.

If you think that you may be experiencing depression or any other mental health concern, Family Guidance is here for you. Call us today and let us help you assess your mental wellness. Depression, anxiety and other disorders are very treatable, but it is important to reach out and ask for help.

SATOP is Important in Changing Drinking and Driving Decisions 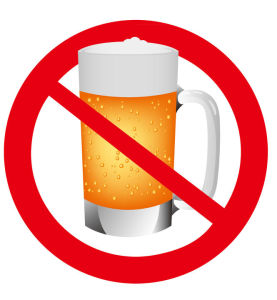 Here in Missouri thousands of residents are killed or seriously injured in an alcohol-related traffic accident every year. The pain and cost to those responsible is high. Drivers who receive a DWI may be required to pay upwards of $1,000. The cost to communities is also high since drunk driving rarely affects only the person who has been drinking. SATOP is a program designed to change future decisions about drinking and driving.

Taking Responsibility
In some cases, more than a stiff fine is imposed on a person charged with a DWI. The Substance Abuse Traffic Offender Program (SATOP) was designed to give convicted drivers an intense course that will teach them to take responsibility for their own choices and make better choices in the future.

Fines, Education, Mental Health Assessment
The person with the DWI pays for their participation in the program. This usually means $126 for an individual assessment screening. During the assessment the person’s driving record will be reviewed, they will be required to complete a standardized online questionnaire and will undergo a personal interview with a mental health professional who specializes in substance abuse.
Another $249 supplemental charge is also levied. Then, the person must complete a 10 hour educational course which focuses on all of the personal choices made preceding drunk driving and arrest. This helps the person to take ownership for the consequences they are experiencing.

Over 30,000 Missouri drivers participate in SATOP each year. In each case it is mandatory for the person to successfully complete SATOP before being reissued another driver’s license.

Family Guidance is an authorized participant in the SATOP initiative. Call us today and find out how you can become a part of our SATOP program.

Managing PTSD in the Midst of the Holidays

The hustle and bustle of the holiday season can bring added stress which may trigger symptoms for those with Post Traumatic Stress Disorder (PTSD). Yet PTSD doesn’t have to derail holiday cheer. When you and your loved one know what to expect and how to cope, the 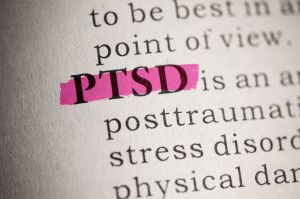 season can be full of joy with family and friends.

Keep it Small
Holiday parties and get-togethers are standard fare this time of year, but keep in mind that your loved one may feel agitated in large group gatherings. When there are lots of people and activities the person with PTSD may start to become hyper vigilant – trying to observe any and all potential dangers. By keeping gatherings small and comfortable with just well-known friends you can help to avoid this stress.

Be Understanding
However, even if you attempt to make things smooth and predictable your loved one may feel the need to be by themselves once in a while. Try not to overreact to this. When they are ready they’ll rejoin the group. Your understanding can help keep things calm.

Limit Alcohol
You’ll also want to remember that a person with PTSD can have difficulty experiencing or expressing positive feelings. If they don’t laugh or make merry, do not take it personally. They may know intellectually that something is pleasurable without being able to feel it or show it. On the other hand, they may attempt to compensate for emotional numbness by drinking alcohol. This can heighten negative emotions so do your best to eliminate alcohol from holiday celebrations.

Family Guidance offers support to people living with PTSD as well as to the family and support people. We know the holidays can trigger symptoms and are available to provide tools and techniques for managing PTSD in the midst of the holidays. If PTSD is part of your, give us a call or stop by.

Mental Health Among the Elderly at Christmas: When Depression is a Part of the Holidays 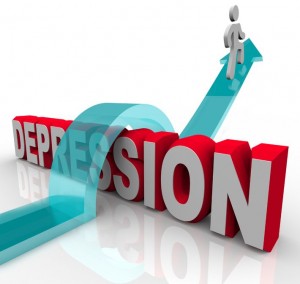 Christmas time is here! While this is a season of joy and gladness for many, it can be a difficult time for some. And the older we get, the more holiday challenges we may face. Perhaps children have grown up and moved away, leaving a person feeling lonely. Maybe friends or even a spouse has fallen ill. It could be that the years have brought physical limitations such as poor eyesight, hearing loss or hampered mobility. All of these changes can impact how someone feels about the holiday season.

The Difference Between Feeling Down and Depression
While it is not at all unusual for circumstances such as these to create brief periods of feeling blue for the elderly, this is not the same as being depressed. The difference between feeling down and being depressed is that occasional bouts of sadness are temporary and normal activities continue. Depression, on the other hand, is profound enough to keep a person from taking part in the things they normally care about including holiday celebrations. It can affect how a person functions, their personal relationships and their physical health.

Untreated Depression Can Become Worse
Sometimes the isolation of depression can lead a person to thoughts of suicide. Many times depression is linked to physical illness. As the body ages and sicknesses arise, mental health problems such as depression can take an opportunistic hold. The good news is that while untreated depression can worsen, it is a mental health condition that is highly treatable – one which many older adults overcome.

At Family Guidance we see clients of all ages, including older ones facing the challenges of depression at holiday time. If you or an older adult in your life is living with depression don’t just accept this as something which is an unavoidable part of life. Physical health and strength may decline with time, but mental health can remain strong and vibrant all through a lifetime. Call us today and find out how you can be alert to and overcome the symptoms of depression.